Christmas is Coming... Have You Been Naughty?

Red Ribbons and Blue Balls is a short Holiday Spanking Story about a sweet good girl gone BRAT and her poor unsuspecting HoH Husband. Check out the quick excerpt below...


I tugged off the beautiful ribbon, loving the feel of it on my fingers and pulled off the top of the box. I spread opened the tissue paper.

I reached into the box and pulled out the large handmade paddle hairbrush, letting my fingers grazed over the tufts of pale-tipped boar bristles. As far as hairbrushes went, this was one of the most expensive on the market.

“Thank you, Husband. But I have been very naughty tonight. Why didn’t you wait until Christma...”
The moment the question left my mouth, I knew. He gently pulled the brush out of my hand.

“I would have waited until Christmas, but I fear your behavior, notably your language, is getting worse by the hour.”

I exhaled heavily. “I know.”

“To be paddled with a paddle hairbrush? Are you seriously asking me this?”

Get in the Holiday Spirit with this fun, sexy story!


After Winter's dominant husband, Nicolas, punishes her for being naughty, the-usually-nice-but-now-sexually-frustrated Winter arrives at their secluded mountain cabin bearing gifts-special gifts that will ensure his submission and her revenge.  With only seven days left until Christmas, Nicolas expects to spend the night decorating the house for the approaching holiday, but Winter has other plans. Christmas might be coming, but if Winter gets her way, Nicolas won't be.

I hope you will check out this fun read. If you like Spanking stories, I think this one will make you blush - in a good way. (lol)

Mary Lou Needs a Drink: The Start of a Love Story

“I’ll take my chances,” Phoebe declared, strutting her ass through ninety-plus degree heat toward an old, not-so-trusty clunker of a car.

The pink metal glistened in the searing noon sun, taunting her with the false allure of a cool, reliable vehicle. But the stuff beneath the hood told a different tale. The stupid car royally sucked. It couldn’t go farther than ten miles without a pit stop for a drink of water.

She should have known better than to trust it. Hell, even the old man who sold it to her had warned her not to take Mary Lou too far or push her too fast. He’d said his late wife’s Caddy, which he claimed still smelled like her perfume, might be pretty to look at, but was more decrepit than he. And that was saying something. The old geezer had one foot in the grave. 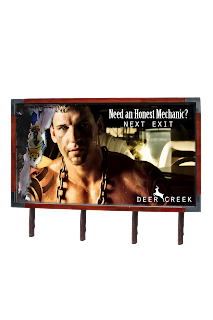 “I think you should reconsider,” the hottie mechanic offered, trailing behind her. “It’s not safe. As I told you before—”

“Enough.” Phoebe stopped dead in her tracks and spun around. She stared him down—or up, if she wanted to get technical about it. “Look, I get it. But the truth is I don’t trust you. I think you’re trying to rip me off, and quite frankly, I’m sick of men trying to take advantage of little old me.”

Whistling to hide his laughter, the sex-on-legs mechanic clearly weighed her words, shaking his head and sucking in a loud breath. Strangely, he didn’t look offended; he just looked…disappointed, she guessed.

He wiped the back of his hand over his brow. “I like your bluntness, but I promise you, I’m being honest in my evaluation and fair in my pricing.”

With a roll of her eyes, she turned on her heels and continued toward the driver’s side.

“Dude, really. Even if I believed you, I couldn’t afford you.”

She opened the car door, squeaky hinges and all, and slid behind the steering wheel. She didn’t bother to put on the seatbelt. It was broken. She turned the key in the ignition, and with some persistent pedal pumping, the noisy engine finally flipped over.

Hottie sauntered to the open door and squatted, resting his elbows on his gorgeously thick thighs, showcasing the talent of ink on his arm. At six-foot something, in a sullied uniform that fit snug around greased-up muscles, her mind drifted to something other than her car trouble. In Phoebe’s fantasy, Hottie was offering her another way to pay him for his services.

And then he spoke and ruined it all.

“This vehicle is nothing short of a deathtrap. I’d prefer you didn’t get behind the wheel. Let me fix it. I think we can work something out—”

“Geez.” She held up her hand. “You’re hot and all, but seriously, let it go. While I was just imagining sleeping with you as well, I don’t think you could live up to my fantasy. Lord knows I don’t want you to spoil it any more than you already have, so I’m going to pass on your offer and get the hell out of here.”

Cocky amusement flickered over his face. His blue, almost-gray, eyes sparked. “Wow. I love your candor.”

“Yeah, thanks,” she muttered, adjusting the mirrors. Now, if Hottie would just move out of her way so she could close the damn door.

“But,” he continued, “I was thinking more along the lines of a monthly payment plan on parts, and I would forgo the labor.”

Tapping her fingers on the steering wheel, she huffed out a frustrated breath. Hot and exhausted, Phoebe was in no mood to consider stacking more bills on her already considerable debt. No matter how good he looked, smelled and sounded, she had to move on.

She shook her head. “Look, I promise I’ll stop at the next town. The clunkette here will make it that far before she needs more water or something, right?”

“It’s not gonna happen, sweetheart. The next place worth stopping at is Sayville, sixty miles out.”

As if agreeing with his assessment, the car sputtered, coughed a few more times, and shuddered in the throes of a slow death.

Couldn’t anything go her way? Why wouldn’t the damn engine give her a tiny break?
Hottie cocked his head toward the shop. “Come inside and we’ll figure some numbers. I promise, no rip offs.”

“I appreciate the payment plan, but I’m not sure when I’d be able to pay you.” Scanning the desolate horizon, Phoebe swiped a drop of sweat trailing into her cleavage and fanned herself. “Hell, if I’m honest, I’ll probably never be able to pay you, and I don’t feel right about that. I think it’s best if I just leave, take my chances and pray that I make it to the next city where I can trade this beautiful POS for something uglier, but more reliable.”

Click here to get your copy of "HOTTIE" by Demi Alex & Tia Fanning at Amazon.com.